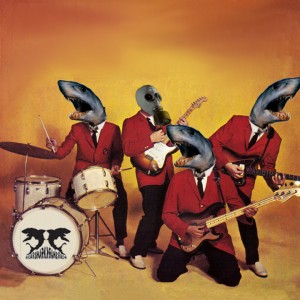 In 2010, RoarShark wriggled free of the icy waters of LakeOntario, stood erect upon the rocky shore and began its’ evolution. Influenced by bands such as Man or AstroMan?, The Bomboras, Dick Dale, and The Ventures; RoarShark can best be described as “Reverb-O-Licious SciFi Surf” 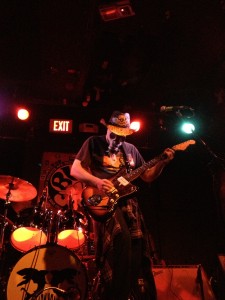 The man with the plan.  Brian grew restless one day and began to noodle on his guitar.  Then he heard it.  …Reverb, man. 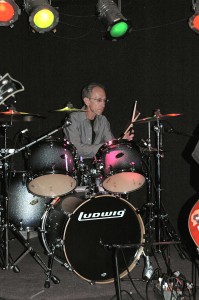 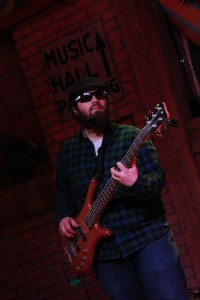 He plays Bass and sometimes sports a beard that Chuck Norris envies.  Neal became RoarShark’s big bottom when he said “Hey, I play bass.”  The rest is history. 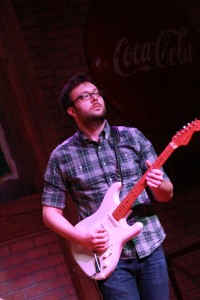 What can be said about the guy behind the Machine-gun Stratocaster?  He shreds, he bends, he chicken-picks.  Josh IS surf guitar.